» AARs - post here all after battle comments and replay files
by Charmead Yesterday at 7:26 pm

This year's AGM will be held immediately after the Napoleonic game on Sunday 22 April.

The usual brief financial presentation will be followed by the elections for: Chair, Treasurer and Secretary.

I think it is fair to say that, after the turbulence of the previous 2 or 3 years, and the most scurrilous accusations that the previous officials were in fact purple reptiles from the Planet Mwaag, things have been a lot calmer over the last 12 months.  There has certainly been a quite unusual degree of tranquillity among the denizens of Little Gaddesden.  Specifically there has been no recurrence of the spate of pitchfork thefts, which blighted the community last year.

The only questions that have reached your editor, relate to the absence of work on the proposed new purple slime emporium, due to be erected in Squire Pemberton's potato field, off Turnip Lane.  This is a prestige project, which it was expected would provide significant opportunities for the somewhat feckless young people of the district.  In the euphoria of last year's election campaign, club funds were even promised to ensure the success of this venture.  Yet so far, not a footing has been dug?

The Observer has approached wealthy entrepreneur, Lord Dowden of Macaroon, for comment...........

There is no mystery as to why club funds have not been forthcoming.  Embezzlement and bribes!!!  Mwaagatonians have been paid off, officer pockets have been lined with greenbacks or whatever you call your monopoly money.  It's a disgrace!  This year, voters have a clear choice.  Keep the same corrupt miscreants that have brought the club to its knees or vote for a change.  Uncle Billy and his band of sycophants humbly offer their services.  Make Little Gaddesden Great Again!

My word, this sounds like a story!  Young Jasper Fanshawe, our new cub reporter, has accordingly been dispatched to conduct an interview with Uncle Billy.

Unfortunately Billy is apparently presently residing at his summer estate in the wilds of Colorado, so this may take some time.  Jasper reports that he is currently lost in the foothills of the Rockies, having already suffered insult at the hands of assorted ruffians, carpetbaggers and copperheads.

The word is that Deep State AGM'ers are training in Costa Rica.

I went to a lot of work to steal this shot. 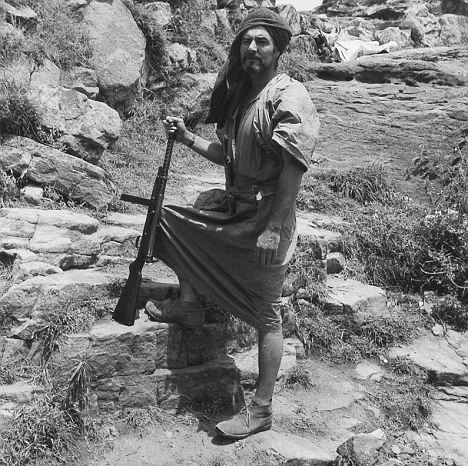 Courtesy of the UK Daily Mail

I did not want to make that assessment out loud but I am glad you did for me.

Nope, it's one of my yes men. My legs looks much nicer.

We last heard from cub reporter Jasper Fanshawe, hacking his way through the wilds of Colorado to meet the semi-legendary Uncle Billy.  The latter claims to have information concerning the Purple Slime Emporium story.

After a silence of several days, I received the following telegram from young Jasper earlier today.  They apparently don’t have email in Colorado.

I immediately telegraphed back in the finest traditions of British journalism.........

Must dash.  Cocktails with the Committee, followed by dinner on Lord Dowden’s private train this evening.  But I think we can all rest assured that there’s no story here, and the Club election can proceed next Sunday as planned.

Utter poppycock! Your stooge lost his boots and wallet at the card table. He even had the nerve to question there being six aces showing on that table! I'm sure if he had been holding some of those, he'd have been quiet as a church mouse. I'm still surprised he wasn't strung up. Clearly your boy had no clue as to how things are 'done', out here in the west.

Despite his shortcomings, he was quite correct. The information I have, including taped conversations and tawdry pictures, paint a rather unflattering portrait of the club and the financial shenanigans that have brought it to its knees. Fifty bucks is cheap. For an extra twenty, I'll throw in a few pics of Lord Dowden caught flagrante delicto with an infamous, but well endowed, Mwaag agent.

Yes, information can be expensive, but how can the diminutive Gaddesdenites continue to suffer the reckless drainage of their coffers by the entrenched powers?

My weekend dinner with wealthy pilchard magnate, Lord Dowden of Macaroon, was excellent.  The lobster was delicious, and the 2009 Montrachet Grand cru quite out of this world. Lord D was in excellent form, as was his latest wife, the delightful Margwinda.  He assured me that all is well on the Purple Slime Emporium front, and that he is taking a personal interest in the vexed Great Gaddesden question, which has been a divisive issue for several years.

Other matters.  As a journal of record the Chilterns Observer has to admit that support for frontiersman Uncle Billy is running strong in early postal voting.  Literally hundreds of votes have been received from as far away as Deadman’s Gulch, Costa Rica, and the British Virgin Islands.  However it must also be pointed-out that no postal ballots have been issued by the Club, and indeed that the election rules make no provision for postal voting.  Most perplexing..........

Tut, tut. Postal ballots have been long overdue. They have been instituted for this election to give voice to the masses. Is it any surprise that the preponderance of returns are for the only honest, reform minded candidate? To long has a corrupt gang of insiders manipulated the vote. No more! Vote Uncle Billy and his lily white band of modernizers, (correct spelling), and reformers. Giving voice to all small Gaddesdenites wherever they may be. Just wait till the cemetery vote is tallied. It'll be a landslide!

A great sadness has descended upon bucolic Little Gaddesden.  Earlier this week, a large articulated lorry arrived, with the latest consignment of postal votes for western hero Uncle Billy.  This was accompanied by a friend of Billy’s, Minnesota ‘Slim’ Pickles.  The votes were stored pro-tem in Farmer Jed’s barn.  Meanwhile Slim quickly made himself popular with locals by buying them drinks.  “He was quite a character” says village resident Dolly Pargeter admiringly, “a huge bear of a man swaggering down Parsnip Lane in his ten gallon hat”.

All was well until this morning, when poor Slim was discovered under 20 tons of ballot papers.  He had apparently visited the barn last night, perhaps to sleep-off the latest libation, and the mountain of paper seems to have collapsed on him at some point.

It all appears to be a regrettable, but entirely innocent, sequence of events.  Due process must nevertheless be followed, in order to rule-out foul play.  The constabulary were therefore summoned, and have commenced an investigation.  The ballot papers have of course been impounded as evidence, and cannot be accessed in time for tomorrow’s election.

A brief memorial service for Slim is planned to be held immediately after the Club AGM.

Rigged election!!! The police being in the pocket of the entrenched powers is an old tale, as is the mysterious death of a neutral election observer. This begins to smell like the wave of Russian reporters "jumping" out of windows to commit suicide. Rest assured, the Uncle Billy ticket will clean up this snake pit of incumbent politicians. Western justice may be a bit rough on the sensibilities, but it is thorough. Our first act will be to set up a Committee of Public Safety which will weed out the miscreants, wherever they lurk. My chief sycophant, George Danton, will "head" it up. He's well known in these parts for his cutting wit. Vote Uncle Billy!! Freedom's Choice!!

A brief AGM was held after Sunday’s Napoleonic k/spiel.

The Club Treasurer revealed a healthy surplus of £34 at the end of 2017, notwithstanding the interim increase in hall fees last year.  A further (and final) hall fee increase has now been implemented, and will henceforth be £40 per day.  Prior to the recent increases the hall fee had not increased for many years however, and is still felt to represent good value. At present attendee numbers are healthy, and growing, but it may therefore be necessary at some stage to increase the charge per person per game from the current £5.  Again, the charge per game has held steady for many years.

All three officials, having notified their willingness to stand, were re-elected for a further year without opposition.

Following the AGM a brief but very nice memorial service was held for Minnesota ‘Slim’ Pickles, who expired from a surfeit of paper a few days ago.  Pastor Elmer T Nicklebacker had flown in by dirigible from Rattlesnake Creek, Colorado, and spoke movingly on Slim’s life and deeds.  Nellie Posset was visibly overcome.  Billionaire philanthropist Lord Dowden of Macaroon was in attendance, which I know brought comfort to many.  It was agreed that a monument in Slim’s honour (correct spelling) be erected at the corner of Cucumber Lane and Gloop Alley, as soon as the rusty tractor can be moved.  Funds to be raised by public subscription.

Fake election! Millions of illegal voters!! Lock them up!!!