Is there a reason the player forces under AI control don't push themselves in square towards cavalry? Is there a way we could put that behavior on a button? Or maybe to avoid another button in an already busy UI the advancing towards cavalry in square behavior might be enabled if the brigade is in a certain aggressive stance like All Out or Attack? This way if you don't want your men to push cavalry for any reason (enemy supporting infantry, guns, etc) then you could set them to a defensive stance and they won't, but if you did want them to try and push up then you could set them to Attack and they would go.

Initially, the player btns. would automatically advance, just like the AI controlled squares. However after playing a few games, it was decided that there are too many times when we don't want the squares to drive off the cavalry but just stay put. TCing them isn't always optimal because when the cavalry is gone, the squares are a high priority artillery target and it is best that they come out of square.

It would not be hard to implement what you suggest, i.e. allow them to advance while in an aggressive stance.

I am all for that.

would that be under tc'd brigade commander, un-TCd or both tc'd and un tc'd? anyway if that's possible to control with the brigade stance then I can't wait to use it. I've been trying to take brigade on attack stance and form squares at the brigade level but that wouldn't work as I hoped for... 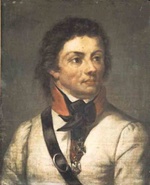 It would be only for non-TC'd brigade commanders. TC'd ones don't have a stance.

There is a brigade level square formation, but it orders the individual btns. into squares with each one in a particular location, like any other brigade formation. It's OK to use when the brigade is far from the action and has the time to rearrange itself into the proper locations. Otherwise, it just creates a mess. I never use it.

wait wait.. you're saying it doesn't matter which stance I choose for my TC'd brigade commander at all? or only in that instance?
Yes, I did use the brigade level Square - and yes they do some repositioning but once in position I hoped I could move whole brigade against cavalry... but I think that individual battalions would still stop and refuse to move closer... could that be applied?

wait wait.. you're saying it doesn't matter which stance I choose for my TC'd brigade commander at all? or only in that instance?

Tc'd commanders never have a stance.  Even if you select a stance, it is ignored by the game.

The decision to advance a btn. square towards the cavalry is made by the btn. commander, not the brigade commander.  With the new code that I just wrote, players should see their btn. squares advance if the brigade cmdr. is not TC'd and he has a stance of attack or all out attack. TC'd btns. will not advance.

okay... so If I use the TC'd brigade commander and use the square formation, then now there is a chance that the battalions would march towards cavalry if I give an order to that brigade commander to move closer to the cavalry?

okay... so If I use the TC'd brigade commander and use the square formation, then now there is a chance that the battalions would march towards cavalry if I give an order to that brigade commander to move closer to the cavalry?

I think if I understand it the TC'd brigade won't see any change from previous behavior, so if the brigade commander is TC'd it won't move squares. If the commander is not TC'd and in Attack of All Out Attack his battalions will move towards cavalry if they see it.

Ehey is correct. TC'd commanders don't have a stance so the btns. will not advance on the cavalry.