Hi All !! Francesco here ! Just few lines to introduce myself ! I'm new on the forum but not quite new to Kriegsspiel since, for what I can see from my personal archive, my corrispondence about KRGSPL matter with MR. Leeson and MR M. James goes back to the old '90 decades ! So.... just to say ! A new enrollement fm Italy, anyway !

{Edited as Francesco can not post links for 7 days but I have checked link and all OK. This was what he wanted to post: -}


Hi Pals ! As probably many players I don't have the opportunity to organize properly a krgspl game. This is mainly dued to several factors:

1. lack of local players on the spot. Krgspl is a very intriguing game not to mention his history and the fact has it has not designed for hobbistic or commercial reasons. Nevertless it is not a mass game and even though it is played by a nutrite group of people all around the world it is not, in my humbly opinion, destined to became a mass (i.e. a very pupular) game. In other and simpler words, there are few players in Italy, and just me as a player, in the city where I live.

I must admit that I don't like computer or e mail based KRGSP but I prefer to play it in its "traditional" manner (maps with wooden or lead pieces to move on and so on ... !) and, in general, I have a personal propension to play games alone. I don't think to have an antisocial behaviour... simply I like to play games alone !!! Another aspect is that a proper game set up requests room. At leat 3 rooms,and 2 players and one umpire. Simply I have not enough room nor at home nor elsewhere. That said I have always been intrigued by a solo version of this game. We are probably going too far from the original KRGSPL spirit but I wonder which game didn't became "something else" over the time ?? The main points that should be explored for a solo game are, probably the followings:

1. the possibility to play with dummies (I'm personally developing this idea and more particulars will follow as soon as I will have better devised the game system) and the possibility to work out some kind of "game system" against wich the real player can play "against". This hypothesis has been outlined in the link below:

I will be glad to read and to receive suggestions, ideas and to share gaming experiences fm other players.

Happy gaming to all,

Yes, I remember our correspondence well. We discussed Murat's 1815 defeat at Tollentino, and many other things.

Very glad to hear that you're still around and still interested in k/spiel. Please do keep us posted on how you get on with the solo concept. I'm sure that many potential players are in your position - ie. they would love to have a go, but there are no others living nearby.

I see that you're not keen on PC games in general, but I would urge you to at least check-out the Gettysburg game. It really does include so much of the k/spiel ethos. And it does address the lack of local players in a couple of ways:

(a) even the single player version uses fog-of-war, couriers and a reasonably challenging AI

(b) when you're ready, you can join us online for multi-player games, and get the complete experience

There are also indications that the game will be opened-up in 2013 so that one will be able fight a traditional Reisswitz game between 19th C European-style armies, as well as ACW battles.

Martin, it is a real pleasure to read again with U !!! How many memories U can't belive ... And how many (silently) years have passed ! Is Bill ok too ???
Many thanks for Ur kind reply !! I will stay tuned on ur computer based ACW games. Meanwhile I will try to keep U informed on my ideas on solo Krgspl ! My interest in the game has not passed. Simply I have been very, very busy (married, had a son meanwhile, I moved from Greece to Italy, and fm Italy to Grece and back once again changing country 3 times in few years etc...) so passed the last few years ! Well now the italian is back ! I will be glad to bring, if I can, my contribute to all the pals !
Hope to read fm U soon again.
happy week end,
Francesco

Bill is ok, but he is about 80 years old now and withdrew from gaming several years ago.

I'm very glad to hear that you too have started a family. What a prolific lot our group appear to be. That's a lot more gamers in the pipeline!

compliments for the rich site !!!

Martin, sorry but, BTW I have completely forgot to make my compliments for the KRGSPL site !!! What can I say ?? It is very interesting and, IMHO, grafically very beautifull !
My compliments again !
Francesco

Martin wrote:
(a) even the single player version uses fog-of-war, couriers and a reasonably challenging AI

(b) when you're ready, you can join us online for multi-player games, and get the complete experience

Welcome Francesco, it's wonderful to see you've returned to the kriegsspiel experience.

I completely understand the draw of the 'authentic' k/spiel - and the lack of many (any) local players here in Australia.

But we can't all have such a thriving community as that in the UK, I guess

Glad to see the planning for this year's games are going ahead! 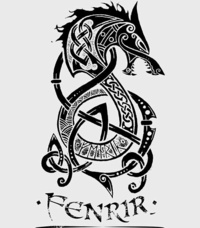 Hi Khryses/justin
It is nice hearing something of you again, too. How are you? We have missed your cunning cavalry attacks

It's good to be back online, at least until mid-March.

Just very busy with work and the like, which led to a tragic lack of gaming lately.

Happily my lady wife and I are heading across to the UK, though uncertain as to when that means we'll have a decent SoW connection again. On the brighter side before that I may be able to get out my general's hat and after we arrive may be able to crash some of the face-to-face Kriegsspiels.

Which would be fun