» Preserve your own courier messages log across MP match restarts
by risorgimento59 Thu May 28, 2020 4:37 pm

Club elections on 19th May.  All the dirt!

The Chiltern Intelligencer can advise that the 2019 AGM will take place after the k/spiel on Sunday 19th May.  The main agenda items are the presentation of the club accounts, and election (or re-election) of the club Chair, Treasurer and Secretary.

As background, here is a summary of the key issues:

* After reports that the club had been taken over by slimy purple reptiles from the planet Mwaag, a new committee was elected 2 years ago.  After an inauspicious start, involving the accidental burning down of the local hostelry, great strides have been made in rebuilding the club’s reputation.  It is quite clear that the rumours of alien activities now have no basis in fact.  If indeed they ever did............

* Last years elections passed-off without incident, save only for the untimely asphyxiation of neutral election observer ‘Slim Pickles’ under a collapsed mound of ballot papers.  An inquest was subsequently held by the Club Committee, and recorded a verdict of accidental death.

* As ever however, those of integrity are vulnerable to the machinations of the mischievous & corrupt.  Learning that the club chair was to be overseas at the time of the April game, a move was recently made to bring forward the AGM to that date.  This was clearly an attempt to subvert the elections, which we are pleased to report was summarily dismissed, after due process.  We understand that those subsequently admitted to hospital are doing as well as can be expected.

* One of the key initial election pledges of the current committee was the use of club funds towards the financing of a purple slime emporium.  This was seen as providing much-needed employment to the feckless local population.  Unfortunately, rumours keep surfacing to the effect that little progress has been made, and that not a foundation stone has been laid.  This issue briefly surfaced at last year’s hustings, but now a further 12 months have elapsed.  Whilst these are doubtless just whispers put about by saboteurs, we look forward to the Treasurer addressing this issue at the AGM.

Fake News!!!  No matter how much the deep state and their toadies at the Chiltern Intelligencer try to cover up the corruption and evil machinations of the kriegsspiel ruling cabal, the members will not be fooled.  Too long have their hopes and dreams been buried under the outflow of the cesspool that is the club committee.  Uncle Billy says, "drain the swamp!"  Make the Kriegsspiel Club great again!  Vote Uncle Billy!  If you do, you'll have so much winning, you'll get bored.

Vote for Mongo, his simplicity is freshly needed to make the AGM just not great again but reputable in the Kriegsspiel Worldwide Community. Besides some vagabond, womanizer, pilfering thief from western Colorado would lower your world standing reputation.
Remember  Vote Mongo.

CNN is reporting the suspicious payments have been funneled in to the election funds of both Uncle Billy and Mongo. Origin seems to be a shirtless guy named Vladimir.

Now if this were true I would be shocked and appalled. Vlad could have at least put a shirt on before funneling the money.

So what are we to make of this? We know that Mongo can’t count much above 5 or 6 so he — kinda like RainMan except without the intelligence— really has no concept of money (nor of corps command but that is a different issue). So his motivation is not financially based. Hiwever this does not rule out the potential election harm in the recurring phrases such as “Mongo want nice banana?” CNN has revealed in email traffic passing between Costa Rica and “somewhere West of the Urals.”

So that leaves Uncle Billy as the person who should be the main focus of the investigation. Just sayin’

It really does great credit to the Kriegsspiel community that it attracts such fine upstanding members. 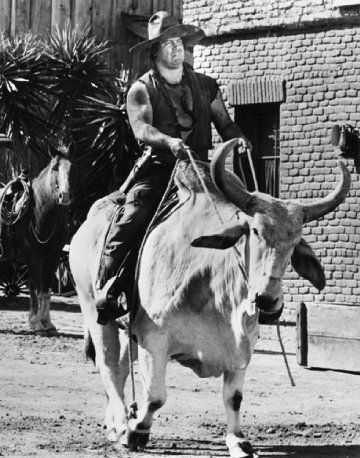 Remember that Mongo takes no bull.  He rides it.  VOTE Mongo and we can make the AGM great again 2019

In view of the very serious allegations against electoral candidate, Uncle Billy, the Club Committee has taken the unprecedented step of appointing a Special Counsel to investigate.

Robert Duck Bueller is charged with leading this inquiry.  Bueller is an official of great experience and unimpeachable reputation.  He will be assisted by Mwaago Purpurea, the renowned chiropodist and spiritual medium.  Inigo Slime will head the legal team.

The remit of the investigation will clearly focus on possible collusion with foreign powers during the 2018 club election campaign, but may extend more widely.  Other possible areas of interest include the vexed Great Gaddesden question, and even the untimely death of neutral election observer Texas ‘Slim’ Pickles.

We appreciate that there is great public interest in these matters, but request that members of the Special Counsel’s  team are allowed the time and space to make their enquiries.

Burlington H Grumble
Secretary to the Office of the Special Counsel

More fake news. There is no collusion, no obstruction. This is a witch hunt! The deep state is at work here. Lock Them Up!!! Vote Uncle Billy! He will make the Kriegsspiel Group great again!

All has been quiet on the collusion inquiry front for the last 2 or 3 weeks.

However the Clarion understands that Bart Clanton, a long-time associate of Uncle Billy, underwent 5 hours of questioning yesterday afternoon. 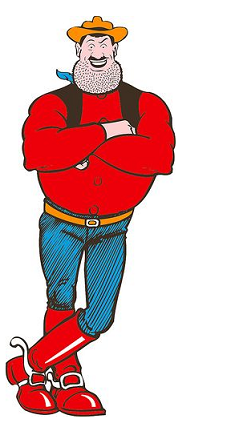 What transpired is unclear, and Special Counsel Robert Bueller has remained tight-lipped.  However Clanton is understood to have worked with Billy on such prestige projects as the Minsk Dude Ranch and the unfinished Billy Tower in Novgorod.  He is presumed to have inside knowledge of the murky financial structure of The Billy Organisation.

Clanton is a colourful frontier character, and his name has been mentioned in connection with the sad demise of Ike Lefoy from acute lead-poisoning, after a poker game in El Paso in 2014.  Clanton has always denied involvement.

More fake news! This in nothing more than a witch hunt! There's no collusion, no obstruction. I've never talked to any Russians, I don't know Russia. This is a conspiracy by my political opponents to try to steal the election. Vote Uncle Billy! Make the Kriegsspiel Group great again!

So says Bart Clanton during an interview with reporter Patti Divine.

Clanton was speaking after further questioning by the Special Counsel Inquiry Team lead by Robert Bueller.  We understand that, following a subpoena, several laptops and a whiskey-still have been impounded. 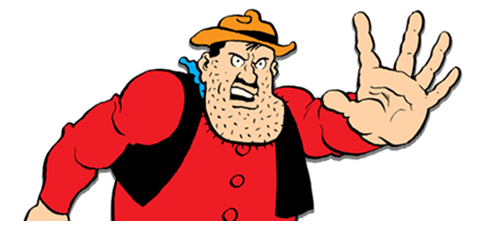 A visibly upset Clanton refused to discuss what had occurred, but commented on his long relationship with Uncle Billy.  “I godda telly you Patti, this whole darned shebang is just a witch-hunt.  Period.”  He went on the say that “Billy is a legend in Colorado.  He’s the guy who cleaned-up Shoshone County, and if elected, he’ll call time on the slimy purple lizards from the Planet Mwaag who still control the Club”.  Mr Clanton made further allegations.  In his view “The conspiracy goes much wider.  They have infiltrated the local press.  Take that huckster Burlington H (stands for highfalutin) Grumble of the Chiltern Intelligencer.  He’s no journalist......the man is a peddler of lies.  And the Chiltern Intelligencer is a failing paper.  Even the local aristocracy are part of the web of deceit.”

When pressed further, a minder intervened.  But this reporter wondered whether the latter was a reference to wealthy plutocrat, Lord Dowden of Macaroon, the pickled-onion billionaire.  With his local influence, Lord Dowden was once a great hope of the reformers, and is reputed to have solution to the vexed Great Gaddesden Question.  But since his 6th marriage, to socialite Margwinda Plumstead, is now rarely seen in the area, for reasons so far unexplained.

With the club elections due on 19th May, we can expect frenetic activity in the next few weeks.  So far, Uncle Billy and Mongo are the only declared candidates.  Our private sources indicate that the current committee will stand for re-election however.

Bart's a straight shooter. He's been a loyal servant for years. He loves me, just like everyone in the diminutive Gaddesden. Bart will head up my team of voting observers. We're not going to let a bunch of illegals from Gaddesden Grande stuff the ballot boxes like last time. We need to build a wall and keep them out!! That's what all red, blooded, the itsy bitsy Gaddesdenites want. And that's what I'm going to deliver on day one!

My, the writs have been flying, and reporting has been curtailed for legal reasons.  But I can now advise our readers that in April the Club Committee challenged the appointment of Bart Clanton as election observer.  Hotshot lawyer, Magenta Slurp, argued that he could not be regarded as neutral in view of his links to Uncle Billy.  The case went all the way to the High Court at Berkhamsted.  Somewhat to the surprise of many club members, his appointment stood however.

This contributed to a frenetic atmosphere, particularly when private polling was rumoured to put Billy ahead in in Hog Lane Ward and the Squeedles.  The current committee were clearly nervous, but placed their hopes on visiting game attendees, plus the more conservative voters in High Street and Beresford Wards.  The electorate in the latter wards is traditionally focused on the vexed Great Gaddesden Question, and Uncle Billy had not really set-out a clear position on that.

As a result of all these legal shenanigans, it was decided to postpone the election until immediately after the June kriegsspiel.  In a gesture of reconciliation, the Committee entertained Bart Clanton to an excellent dinner on the day of the election, and he duly officiated at the final count. 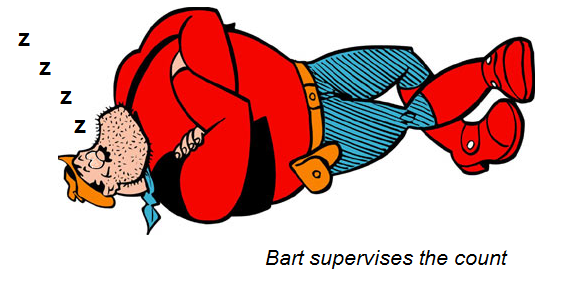 The result was that the existing committee were re-elected for another year, as follows:
Chair: Steve Hockin
Secretary: Sean Collins
Treasurer: David Commerford

Mr Commerford had absented himself, probably in a desperate attempt to avoid re-election.  But this did not save him................

A second challenger, Mongo, had initially polled well.  Many locals were particularly impressed when he rode a long-horn steer down the High Street.  This being considered ‘classy’ by some in the area.  But his campaign appeared to fade in the latter stages.  It was felt that Uncle Billy had run an effective campaign, and may indeed have laid the groundwork for success another year.  Some are hopeful that a ‘dream ticket’ of Billy and Mongo might yet unseat the incumbents.

Rigged election! Bart was plied with some cheap, double malt scotch, probably distilled in some car radiator!! While he was sleeping it off, the ballot boxes were stuffed with millions of votes from illegal aliens, purple or otherwise!!! This is the greatest hoax ever perpetrated upon the electorate!!!! I was robbed!!!!!

It is heartwarming to know that a result reflects the will of the people rather than the result of back-room conversations in hushed tones.

Keep the noise down please, Pat.  I can't hear myself plot