» AARs - post here all after battle comments and replay files
by Charmead Yesterday at 7:26 pm

It is with great sadness I report the death of the founder of our group, Bill Leeson.  He was taken into hospital on Boxing Day and passed-away a few days ago.

As well as doing the detective-work on the Prussian Kriegsspiel – previously much talked about but little studied – Bill was the driving force in reintroducing the game as something to be played.  He was also a talented artist, and the beautifully-rendered Kriegsspiel maps we use today are a fitting testament.

Bill himself was kind, patient, self-effacing, and generous with his time.  When I first joined the group in the mid 1980s, what particularly struck me was the friendly atmosphere and passion for history.  This ethos owed much to Bill, and I’m pleased to say that it continues.

In his later years age & infirmity prevented him playing, and he eventually moved from Hemel Hempstead to live near his 2 sisters in Colchester.  Our thoughts are with them at this difficult time.

Blessings indeed to family and friends. 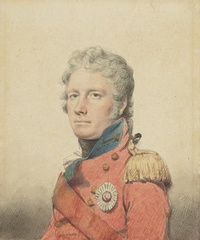