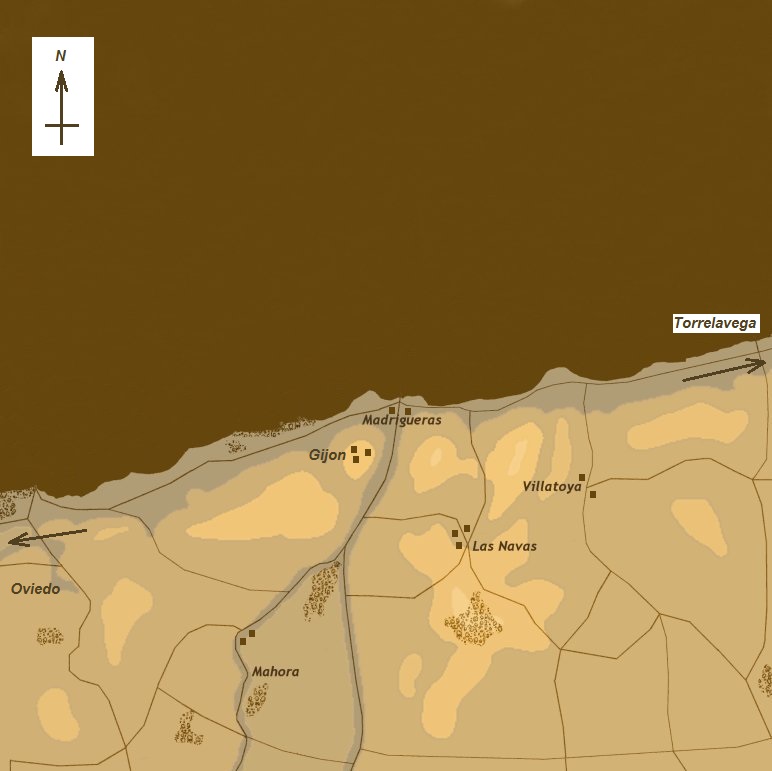 General Acevedo and his brave and defiant Army of the Asturias have been beaten back relentlessly by the brutal cudgels of the French since last July. First under Marechal Bessieres and since October, Marechal Ney. The fortunes of war have swung back and forth with some victories for the Spanish but in recent weeks the Spanish troops have begun to lose heart - so many battles, so many lost brothers, so few new volunteers and replacements. The Asturians seem to fight their own private war, cut off as they are from the rest of Spain by the Cantabrian Mountains. These gaunt hills, rocky valleys and ice-shattered peaks are home to the bloodthirsty and ruthless guerilleros but even these vicious brigands cannot stop the remorseless advance of the French. Marechal Ney has supported his campaign by diverting a whole division of infantry and most of a division of dragoons to protect his bases of supply and lines of communication and with the roads to his rear now full of supply wagons and willing recruits moving westwards, the Marechal has advanced again, reaching the north coast port of Gijon only some 30 miles east of the proud city of Oviedo, the base and heartland of the Asturian army.

Over the winter the two opponents have become hardened to combat in dreadful terrain, the freezing passes of Reynosa, and the forested slopes above Torrelavega and Santander have obliged much of the cavalry and artillery of both sides to remain out of the fighting but here, further west, as the spine of the Cantabrian hills drops down in height the greater the distance from the Pyrenees, there is a wider coastal plain with rolling farmland sprinkled with red-roofed villages and olive groves. Here is terrain a cavalryman can exploit. Here is ground a gunner can work with. Here will be the battle to decide the fate of northern Spain.

The Spanish army, thought to be about 25,000 strong with about 60 guns, has drawn itself up along the high ground from Villatoya and Las Navas and further south. It has a numerous cavalry arm but its infantry is nearing the limits of what is endurable with several battalions down to about 250 men.

Marechal Ney with General de Division Marchand's VI Corps is moving the bulk of its infantry and artillery along the coast road. The cavalry and another infantry division are marching parallel along the road that leads to Villatoya. The Spanish cavalry has reported the French to be about 18,000 infantry, 2,000 cavalry and 70 guns. After their rest in Santander of recent months and bloodless capture of Torrelavega the French are in high spirits.

Note also that we are using the Rio Espagnol map (the same one we used for Albuera) but I have made the southern bank of the big east-west river represent the coast; therefore do NOT send troops into the river, or across it, or allow the AI to do so (watch your brigade formations please), unless they retreat in which case couriers and generals ONLY are permitted to go paddling in the shallows to rally their units. If this happens please direct them back on to the beach by the shortest route and do not swim them around the enemy flank!

OOBs and opportunities for planning will be given in the two sides' private forums.

There is a Doodle Poll here for next weekend. Please sign up.

I am going to put the campaign on pause for now. More news in the general campaign announcements thread. 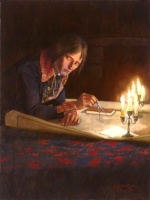