Don't know whether we know about  THIS fine source of vintage Peninsula maps.

A number, eg the Arzobispo area map, don't have any troop movements marked on them, and would make especially fine SOW or other KS maps.

Great find. I don't see a search facility though and with the alphabetical listing being not very well organised it would be extremely time-consuming to find a particular map.

There is under "Búsqueda" in the second tab. 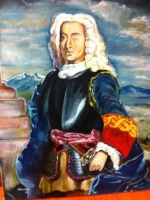 I have looked at the maps in more detail now, except for those described as CROQUIS (French for sketch), only a few of which are detailed topomaps.

So far I have downloaded the following as potential KS maps: