In the von Tschischwitz 1862 rules, I see different block symbology for Cuirassiers, Hussars, Dragoons, and Uhlans, but haven't found much in the way of differing in-game capabilities.

Were these perhaps addressed in the Reisswitz version and like some other relatively minor subjects "left out" of the 1862 version?

AFAIK you are right. By this point cavalry were seen as similar in armament and function. Technically cuirassiers still had a breastplate so in hand to hand fighting ought to be at an advantage but this seems to have been considered more theory than practice.

Of course you can build your own views into the matter should you prefer.

Thanks for the clarification. After re-reading the rules after a few months, I wondered if I had been missing something. Cavalry along with Jaegers as well are identified, but apparently have no in-game distinction...which is fine. Just wanted to confirm.

Distinction Without a Difference

By 1862 - give or take a few years - the European military observers to the American Civil War had transmitted the cavalry lessons of the early battles of the ACW to their General Staffs: mini-ball percussion cap rifles which have an effective range of about twice (maybe three times?) of the smooth bore Napoleonic War muskets and a rate of fire substantially higher meant the end of cavalry charges into formed infantry, whether in line or square. Therefore, the differences in cavalry types were no longer germane in Kriegsspiel either apart from the continuation of doctrines relating to formations & changes thereto, movement rates as between the lights and heavies. Despite this, cavalry were not relegated to scouting, screening and pursuit roles but continued to attempt to frontally charge formed lines of foot. They succeeded more often than not because the foot were not able to stand firm against the horse charge. "Morale is to the physical as three is to one", I believe is the quotation. So, lancers compared with light horse with saber versus heavy horse armed with that straight cavalry sword the cuirassier seemed to like was meaningless. That the European armies did not revert entirely to a dragoon model as the U.S. Army did by the end of the Plains Indian Wars was mainly because European horse could still beat peasant infantry regardless of the firepower of the infantry's weapons. Even in the earliest battles of WW1, there were still massed cavalry charges and, of course, the futile bravery and skill of the Polish cavalry in 1939 is well-known. 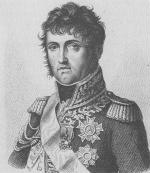 I think the Polish charges of WW2 have something of an urban myth flavour to them. Thus read:
http://en.wikipedia.org/wiki/Polish_cavalry
In respect of general European views of cavalry in the late C19 and early C20 it was generally seen as highly mobile infantry. Von Bredow's Death Ride at Mars-La-Tour is widely reported with surprise that with so much firepower the infantry did not stop them at range.
http://en.wikipedia.org/wiki/Battle_of_Mars-la-Tour

That the European armies did not revert entirely to a dragoon model as the U.S. Army did by the end of the Plains Indian Wars was mainly because European horse could still beat peasant infantry regardless of the firepower of the infantry's weapons.

I would like to see some supportive evidence for such an opinion. In what way were European and North American circumstances different? The last US cavalry charge, if you believe the source, was 1942.
http://en.wikipedia.org/wiki/Charge_(warfare)

In any event the key point was, as you have said, any dfferences in armament in cavalry at this point in time was insignificant against the actual role of cavalry for scouting and screening.

The history of wars in Europe is as you say, cavalry were used as mounted infantry, in wars against other up-to-date European nations. In the colonial wars of the 19th Century, viz: the various Anglo-Afghani wars, Anglo-Sikh wars, Anglo-African wars (but not Anglo-Afrikaaners!), etc - which was not the history of the U.S. cavalry after the end of the wars with the Plains Indians - the infantry facing the European cavalry was, to be blunt, mostly of an inferior morale grade - in war-gaming terminology - and in nearly every case was not armed with even ACW-era rifles; rate of fire and effective range not up to the European standard of the time. Therefore, the old-fashioned cavalry charge, when the opposing infantry was not in square, was still effective well into the early years of the 20th Century, but only in non-European campaigns. My apology for not making that clear in my original post. (If you expect me to cite chapter and verse from Professor's Somebody-Important's "Exhaustive Academic Survey of Cavalry Doctrines in the 19th Century", you will be disappointed. I am an old soldier myself and an amateur military historian since my teen years. My expectation is to exchange views and opinions rather than engage in some online version of a formal academic debate. Hence the absence of citations and my references in a general way to what I believe to be the commonly-understood military history of the West in whatever period we're discussing. My apologies if this seem rude or harsh in its tenor; I do not mean for it to sound so, but I am an old "troop sergeant-major" retired on a shilling a day.

) With regard to the Wikipedia as a reference source, given their policy of writing or re-writing articles to give them the politically correct slant - e.g., AGW - I do not consider it to be reliable. Whether Polish cavalry in WW2 were surprised by a German motorized column, ambushed one and like the wildcat with a bison were surprised by what they'd caught, or whether it was a propaganda devise of the Germans is not material; I used it to rhetorically emphasize the uselessness of horse cavalry in post-WW1 warfare.

In any event, we do agree on what my actual point was: the distinctions of the Napoleonic and even Crimean War periods between the weapons of cavalry were without a difference by 1862 or thereabouts and that is the reason for their omission in the K-S rules published that year.

1. As you say, we agree on the essential issue!

3. Actually the Polish wiki article is there only for show – there are plenty of academic entries regarding this. I have just concluded NO GREATER ALLY by Kenneth Koskodan who discusses it on pages 23 & 24 where he claims a successful surprise charge was made against German infantry. I don’t really care but I just what to avoid fuelling potential historical myths.

4. It could be that some colonial opportunities existed – the charge of the 21st Lancers at Omdurman in 1898 is normally seen as the last (genuine) charge by British cavalry. Where the opposition did not have ‘modern’ firearms it could be made.